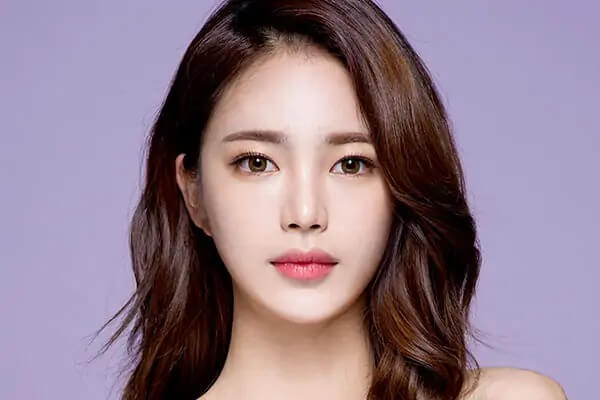 Do Asians have two eyelids?

At the hands of an experienced surgeon, the procedure creates double-lidded eyes that look natural even when the patient closes their eyes.

Dr. Kim understands the aesthetics of double eyelid surgery and the unique features of various ethnicities that would make a beautiful double eyelid.

Double Fold Surgery
One way is by excising upper eyelid skin and creating a double fold. During the process of changing a monolid to a double eyelid, any excess skin which covers the eyes is eliminated. Therefore, the surface area of the eyes is more exposed and visible after surgery.

By combining procedures, Asian eyes are able to be opened to their fullest in a vertical direction.

WHAT CAUSES MULTIPLE FOLDS AND TRIPLE FOLDS IN ASIAN EYELIDS?

Many of our patients have multiple folds in their upper eyelids – on top of their natural double eyelid, a crease has occurred. One of the reasons for this is that their eyelids lack fat. Therefore, rather than being an actual double fold, it is a depression of the skin or a crease. There are two ways to solve this triple-fold. A simple way is to perform a double fold eyelid surgery.

Dr. Kenneth Kim corrects multiple upper eyelid folds or creases in his practice. He is a board-certified plastic surgeon who has performed thousands of Asian blepharoplasties   and Korean eyelid surgeries. Dr. Kim also has a partnership in Seoul, South Korea where he works with his partners to offer the latest and most advanced Korean eyelid surgery to patients throughout the world. During the consultation, Dr. Kenneth Kim will show how the double-lidded eyes will look after the corrective and revision double eyelid surgery.

WHAT ARE THE CAUSES OF EYELID HOODING?

There are two main reasons why eyelids hood. One cause is eyelid skin laxity. The other reason is eyelid ptosis or blepharoptosis. If the cause is due to eyelid skin hooding, then a double fold eyelid surgery can be performed where a monolid is surgically converted to a double eyelid.

When an eyelid skin hoods, it can cover the pupil and obstruct the upper visual field.

Eyelid hooding is more common in Asians with monolids. By having a double lid, there is an increase in surface area for the upper eyelid skin to travel or hood before it covers the visual field. Therefore, excess skin can be removed during the double eyelid surgery. Double-lidded eyes can also be created using a suture technique or non-incision eyelid surgery.

Another reason for eyelid hooding is eyelid ptosis or blepharoptosis.

The situation where a double eyelid fold will not be made during ptosis surgery is when the patient already has natural double-lidded eyes.

In these particular cases, the eyelid is flipped and the levator muscle correction is performed without making an incision on the eyelid.

The most recent advance in eyelid ptosis correction is a 3-dimensional suture technique. In this surgery, eyelid ptosis is corrected and a double eyelid fold is created without making an incision on the eyelid.

Dr. Kenneth Kim is a chairman of the upper visual field impairment correction guidelines committee. He has been working with other leading surgeons to set guidelines on blepharoplasty and eyelid ptosis repair so as to improve outcomes and patient satisfaction. Dr. Kenneth Kim has published numerous peer-reviewed articles on double eyelid surgery and eyelid ptosis correction. He is also the creator of the 3-dimensional suture technique.

Dr. Kenneth Kim has operated on thousands of monolid and has performed thousands of blepharoplasties on Asian eyes.

WHY DO ASIANS HAVE MONOLIDS?

Other races have double eyelids or double-lidded eyes. The medical term for this is “supratarsal fold.”

Southeast Asians tend to have double lids more often than East Asians. Among the East Asians, Koreans and Mongolians have the highest prevalence of monolids. Therefore, more Koreans undergo double-fold eyelid surgery than any other Asian race. That is one of the reasons why Korean plastic surgeons excel in double eyelid surgery and Asian eyelid surgery, also known as Korean eyelid surgery.

One reason why so many Koreans and Mongolians have monolids is that they share the common Mongolian heritage.

In Mongolia, the climate is cold and windy. Therefore, it was an advantage to have monolids to cover the eye as much as possible so as to protect them. The double lid would have been a disadvantage in a cold and windy environment.

This monolid gene has been passed on to the Koreans, Chinese, and Japenese people.  For that reason, East Asians often undergo blepharoplasty for Asian eyes, a procedure were a monolid is changed to a double lid. The double eyelid surgery is performed to help open the eyes and expose more of the inside of the eye. Dr. Kenneth Kim regularly performs double eyelid surgery for patients of various Asian backgrounds including Koreans, Chinese, Japanese, and Mongolians, as well as Southeast Asians.

Dr. Kenneth Kim is a board-certified plastic surgeon who has performed thousands of eyelid surgeries and double fold eyelid surgeries. Dr. Kim has been in practice for 13 years and has trained in both the United States and in South Korea. Dr. Kenneth Kim specializes in minimal scarring double fold eyelid surgery and making the monolid into a double lid that looks as natural as possible. Dr. Kim performs monolid surgery with cutting-edge techniques. His patients are kept comfortable and safe during the entire procedure. If you are interested in learning more, give our office a call or schedule a consultation on the website.