Skip to content
See Our Results
Home / What Kind of Eyelids Do Koreans Have? 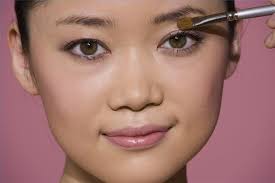 Many people believe that all Koreans have double eyelids, but the majority of them have monolids.

Due to the K-Pop phenomenon and the large popularity of Korean dramas and Korean media appearances, the primary Koreans seen by the world have double eyelids – leading people to believe that Koreans have a natural double fold. In reality, the general Korean population has monolids.

Double eyelid surgery is a procedure to create a double eyelid fold in the upper eyelid. This procedure can be done with a non-cutting method, which involves sutures or in an invasive surgery that creates an eyelid fold through a strategic incision.

The benefit of the non-cutting/suture method is that it doesn’t require an incision. A visible crease above the eyelid is created with a suture that holds and secures the hood of the eyelid.

The incision technique involves cutting a crease along the curvature of the eyelid. This incision creates a fold while reducing the hooded eyelid skin.

The surgical term for this conversion is double fold eyelid surgery, during which the monolid is turned to a double eyelid. Does this mean they have double lidded eyes? No, these eyelids actually have a double fold along them. This double fold is accomplished by having a blepharoplasty Asian eye surgery.

Many of our patients who receive a blepharoplasty are perceived as having a natural eyelid. It is worthwhile to note that Koreans undergo more double eyelid surgery than any other race.

Dr. Kenneth Kim, M.D. is a board-certified surgeon born in South Korea. He is partnered with Dream Medical Group and regularly collaborates with top surgeons in South Korea so as to stay on the cutting-edge of eyelid surgery.

Dr. Kim has published numerous articles on eyelid surgery and eye ptosis surgery and specializes in the most natural appearing double eyelid.

What is the Most Popular Korean Eyelid Surgery?

Dr. Kenneth Kim performs eyelid surgery while the patient is awake, but sedated.

Either a non-incision or incision method will be performed. Dr. Kenneth Kim performs all types of eyelid surgery at his practice and has significant experience with the most advanced double eyelid techniques. During a consultation, Dr. Kenneth Kim will explain which method will give you the most aesthetically-pleasing results.

What is Special About Korean Eyelid Surgery?

In addition, when the monolid is changed to the double lid, the excess skin and the downward force of the epicanthal fold band is removed.

The patients who receive double eyelid surgery will experience a much lighter feel to his or her eyelids. The result is not only a lighter feel to the eyelid but also a larger, brighter, and more glamorous look to the eyes.

Why Eyelid Surgery With Dr. Kim?

Dr. Kenenth Kim is in Los Angeles and Beverly Hills, California. Reach out to our office today and schedule a consultation so you can look and feel your best!